What’s Happening #8: Therapy Part III, or How I Learned To Love The Fact I’m Not Very Good At Certain Things And Stop Worrying 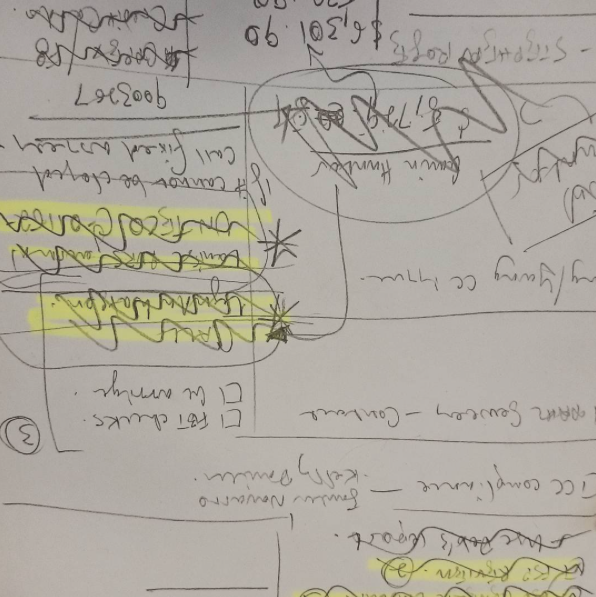 Is this the final instalment of my 2017 trilogy of exestential despair? I’d like to hope so. It’s not so much a case of the energy and time required to write stuff like this that concerns me, but rather the scale of anguish and torment that feeds the material. The last 12 months have by far been one of the more stressful and ridiculous passages of my life and with the financial year clocking over into the second half of the year, I’m set on making the rest of this weird year more enjoyable for myself and those around me. I feel okay right now.

Three weeks ago I was hunched over the toilet bowl in my office bathroom throwing up my lunch as discretely as possible. Following this, I splashed water on my face, walked back to my desk, slumped in my chair and stared vacantly at a spreadsheet. It was stuffy and too warm in the open plan and the weak afternoon sun angled itself unwelcomely across my desk making the situation even more intolerable. There was nobody (and rarely is anyone) in the open plan aside from a box containing a plastic Christmas tree, stacks of folders and vacant desks covered with a light film of dust and grime. Unfortunately, inanimate objects aren’t going to casually read your body language and make suggestions. So, I got up from my chair, gathered up some spare change, left the office and bought a bag of nuts from a vending machine a short walk away. I got back to my desk, felt panic arise again and desperately tried call my gut’s bluff. The inanimate objects remained unmoved. This was a thoroughly miserable time.

Prior to my body needing to hurl out of irrational panic, for the past month I’d been knotted up with all manner of anxiety, frustration, stress and depression. Along with the other things going on my life (buying a house, playing gigs, etc.) since last September I’d been holding down a finance role at work – a reasonably daunting  prospect given that I’d only had cursory experience dealing with financial things in my previous, more project-related role. Initially I’d gone into the role with gusto and motivation to get across the tasks, responsibilities and processes as efficiently as possible and do the best job I could within a 12-month term. Fairly quickly things started going awry and I struggled to keep things on a level footing. There were a few reasons for this – firstly I had to relocate to the city; not a biggie, but the pressures associated with a new environment and building rapport with a bunch of new people took awhile to adjust to. Secondly, I had to get acquainted with a new team, who were geographically scattered across the country and compounded what began as a discrete feeling of isolation eventually sliding into deep lulls of lonliness and an inability (and occassionally reluctance) to communicate or ask for help.

It’s important to note that when I started the role I was holed up in a private office in one of the more dismal areas of the building. Intially I was excited about the prospect of having my own space and relished to opportunity to scribble stuff on whiteboards and spread paperwork out everywhere, not to mention the luxury of cranking some tunes with the door closed. But of course the benefits associated with a private space aren’t going to amount to much when there’s a distinct lack of natural light, a non-ergonomic desk layout, horrid peppermint-coloured decor and a crowd of voices in your head chanting: what the fuck are you doing here? Thank goodness the end-of-year break was approaching with three weeks to get my head together and recalibrate things! Things would better in 2017 I whispered repeatedly to myself.

If only the three weeks off had been a little more relaxing. Don’t get me wrong, two weeks in Thailand with family was mostly lovely, but if you’re like me eventually you end up loathing the seemingly constant doing-things-by-committee approach with a group of people and spending most of the last four days of the vacation glowering in your room drinking beer, writing sad songs and listening to Morrisey. The husk of your former self who declared on the first couple of days, “this is the greatest time of my life” is now seated on a lurching ferry filled with horrible tourists and you’re desperately longing to find a quiet pocket of the universe to be left the fuck alone. The final week of my break was spent at home and was relatively quiet and relaxed, but I wished I’d spent less time drinking and becoming obsessed with Myer-Briggs personality tests (often dangerously at the same time) – its results uniformly pointing out that the worst possible career options were aligned with a) finance; and/or b) selling cars. Supplanting the notion into my head that one of these vocations was a horrible fit a few days shy of returning to work struck me as both timely and a bit foolish.

Whilst the intervening six months haven’t amounted to complete disaster and there have been rays of sunshine here and there, I’ve arrived at this point where I could swear there are about a dozen dead versions of myself dumped somewhere that had fizzled out at given points only to be replaced by a slightly more broken and inferior version of myself. A bit like successive models of smartphones with cheaper components, incompatible cables and a propensity to freeze or shut down at inconvenient moments. I’m certain several of my work colleagues are now convinced I’m on track for a monumental mid-life crisis and will spend the rest of my days shacked up in a monastary. As Howlin’ Wolf once put it, “I’m goin’ down slowwwwwww”. If Hubert Sumlin was there in the corner of my office playing searing lead guitar whilst the Wolfman wailed away, that would have been the perfect sonic accompaniment to the spectacle of me at my desk on a given day: nervously jumping at the sound of the office phone ringing, clutching my head in my hands, moaning quietly, and – yes – throwing up in the toilet. The blues come in many contextual shades.

The other day I had a conversation with my manager reflecting on the past nine months in the role. Like an incompatible couple self-mediating we both arrived at the consensus that finance probably wasn’t the best fit for me and resolved that I’d be going back to my old role in a month or so. I’d arrived at this conversation more relaxed than  expected since I’d already been tipped off by a former colleague about a week prior that I was expected to return to my old role. I have no idea if there had been talk about me behind closed doors (frankly I couldn’t care less) but upon learning this news something miraculous occurred – all of the culminative tension I’d built up in my body began to unwind and my head felt as if it had been immersed in a cool body of water after spending half a year in the sun. So by the time I was talking with my manager I was totally prepared for a conversation that went along the lines of: “you’re not really that good at this are you?”; and “I think it would be best (for everyone) if I got out of here”.

Although I felt a bit numbed after the meeting, I still knew I was making the right decision. And if it means I’ll no longer be coming to work knotted with anxiety and gifting my meals to the alter of the toilet bowl on a regular basis, I’ll take it. This old role is a good fit for right now – a bit of familiarity with a few things that have changed here and there. I think it will be a very welcome stop gap in the short to medium term. Better still, I won’t be bringing my work home with me like a pair of stale underpants that constantly evade the washing machine. That reminds me, I need to do some washing.

The moral of this tale? Don’t do things you’re not good at if it makes you continually miserable.

So – and I say this with a degree of trepidation – I think I could be out of the knotty woods.